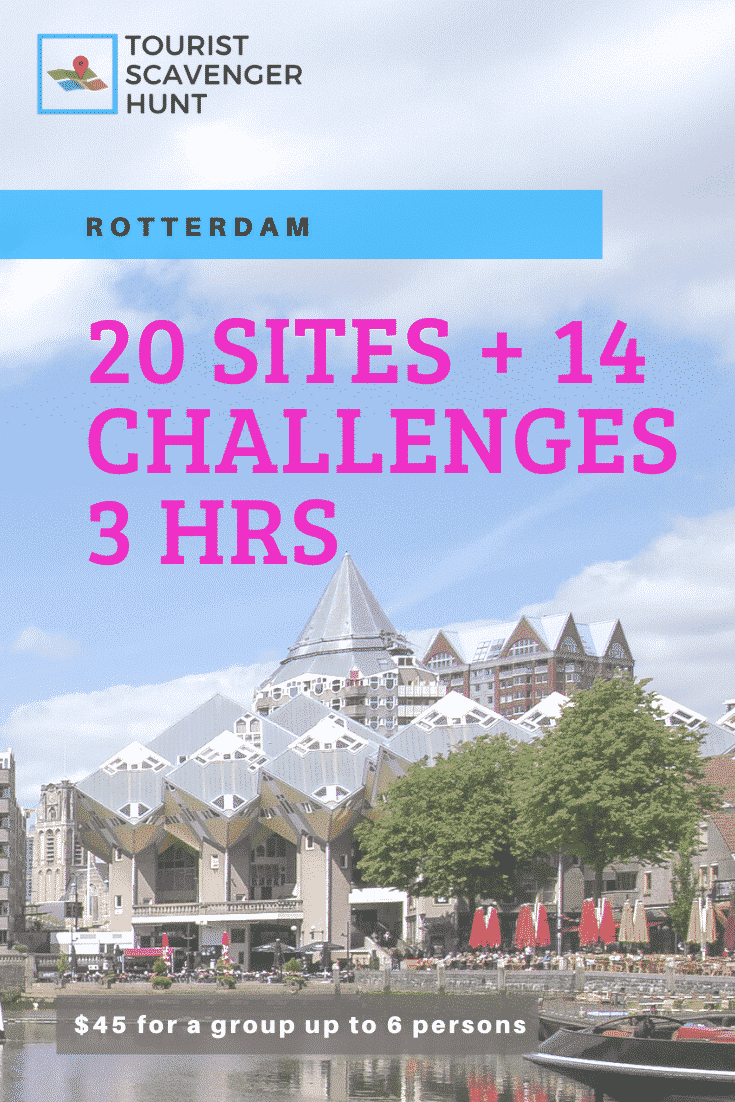 In creating our Rotterdam Tourist Scavenger Hunt, we dug into the city’s history so as to properly contextualize our tour. It is important for us. At most of the 25 stops along the tour, we explain the history of a site, monument, or person. This allows us to fully show you their significance.

Rotterdam is a major port city in the Netherlands within the Rhine-Meuse-Scheldt river delta at the North Sea. 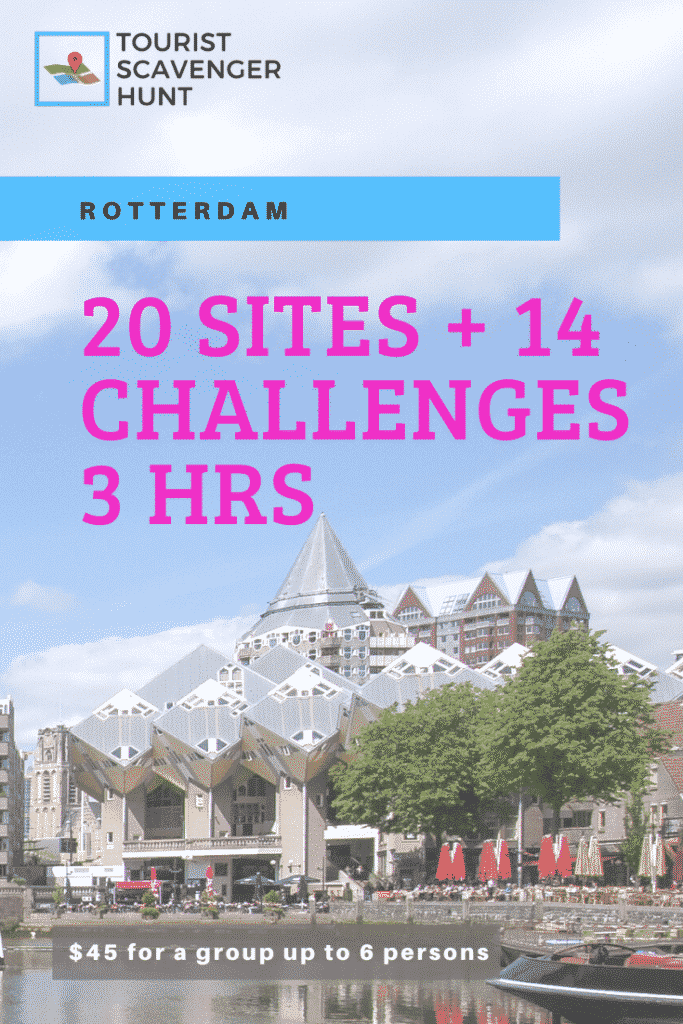 The city’s history starts in 1270 when a great dam was built on the Rotte river (hence, Rotterdam). This dam was, in fact, the connecting of many fiefdoms’ protective walls into a single great wall. Indeed, these walls, built up over time, served to protect against flooding.

However, this city can trace its origins further back. All the way to 900 AD when early settlements established around the Rotte estuary. These were part of the Holy Roman (German) Empire.

In 1340, Rotterdam finally received “city rights” by the Count of Holland. It could then start to expand. Various power struggles emerged for control of the city in the following 150 years. Then, the city became involved in the Eighty Year War between the Low Countries and Spain. This conflict stagnated growth but the following period saw prosperity as trade with England, France, America, and Spain increased into the 18th century. The city was occupied by the French from 1795 to 1813 and succumbed to a recession at this time. Fast growth took hold once more when the French left as the exploration of Africa brought in new trade. At this time, the city outgrew its walls and expanded not only beyond, but across the river as well.

Rotterdam almost didn’t survive WWII as it was the subject of an early German invasion and bombings in 1940. Allied air forces later bombed the city to drive out the Germans. The city was almost completely reconstructed following WWII and boasts bold, modern architecture. Nowadays, Rotterdam is home to almost 635 000 people and is Europe’s largest port.

Find out more about our Rotterdam Tourist Scavenger Hunt on the info page.