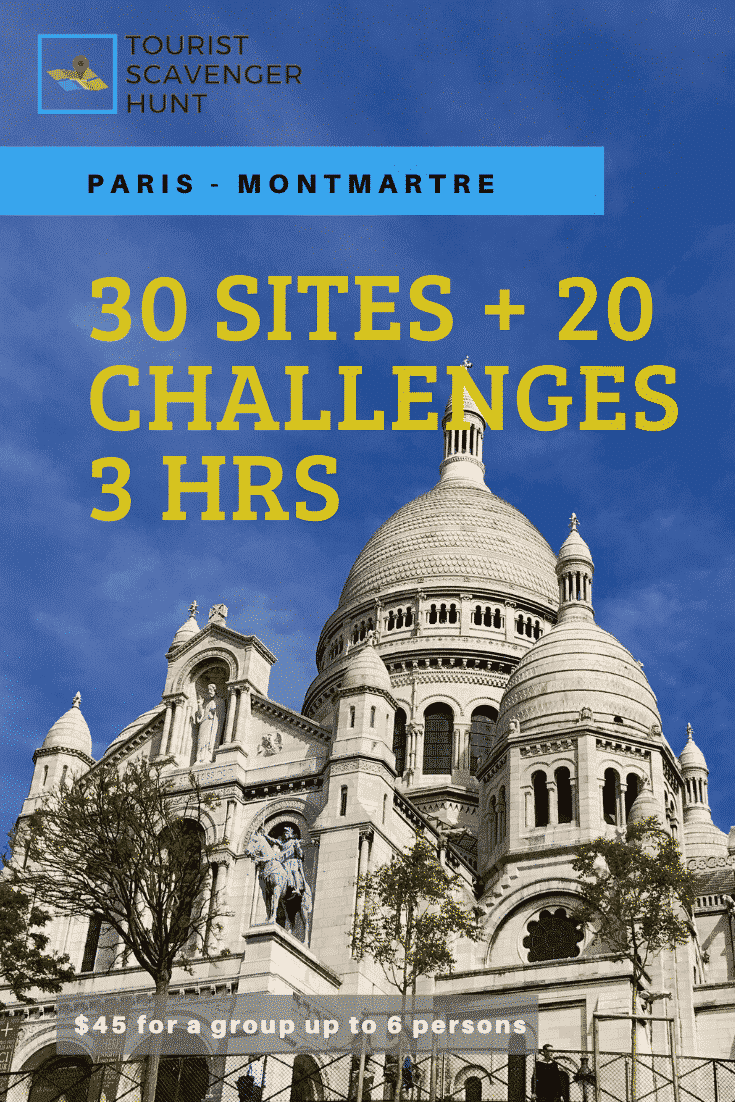 In creating our Montmartre Tourist Scavenger Hunt, we dug into the city’s history so as to properly contextualize our tour. It is important for us. At most of the 30 stops along the tour, we explain the history of a site, monument, or person. This allows us to fully show you their significance.

This Montmartre tourist scavenger hunt points out many places where well-known artists have lived and worked. 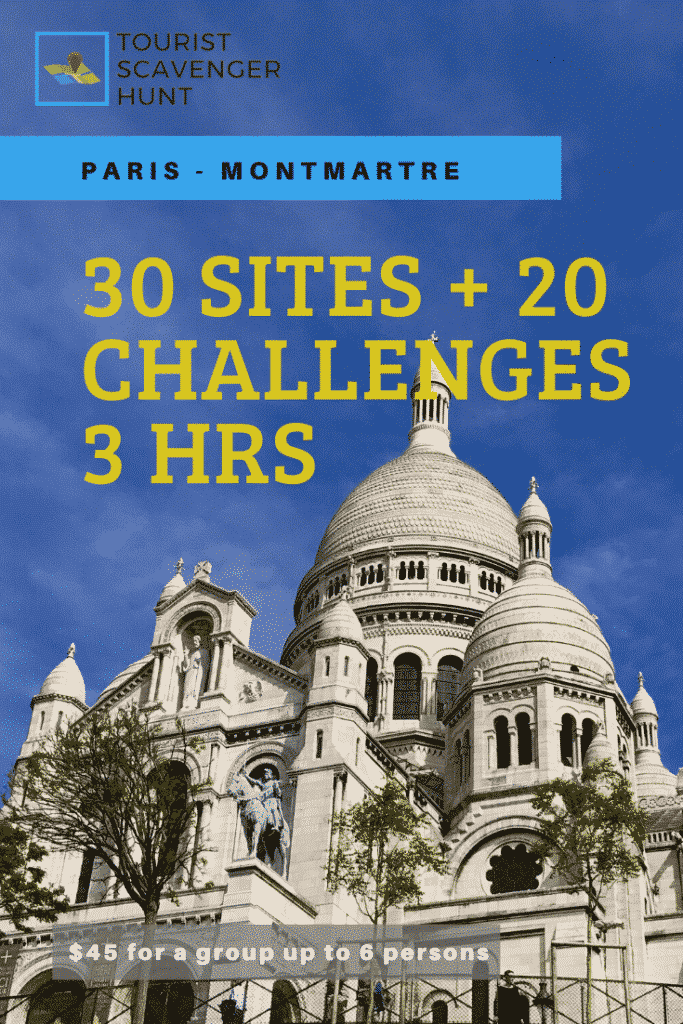 Montmartre means Mount of Mars in Latin. The name dates to Merovingian times. People have settled here since the Gallo-Roman times. 3rd-century coins were found in an excavation at the Church of Saint-Pierre. Another excavation at the Fontaine-du-But found the remains of a Roman bath from the 2nd century.

The Butte owes its religious importance to Saint-Denis, a legendary 3rd-century Christian martyr who was bishop of Paris. You will learn more about him on the Scavenger Hunt.

In 1134, King Louis VI bought a chapel here and built the Church of Saint-Pierre de Montmartre which stands to this day next to the Sacré-Coeur. Historic abbeys and convents built around this time were demolished during the French Revolution of 1790.

By the 15th century, there were many vineyards on the slopes of Montmartre. In the 16th century arose windmills here to grind wheat, barley, and rye. There were up to 13 mills although by the late 1800s only two remained, one of which is the Moulin Rouge.

At the time of the French Revolution, Montmartre was just outside the Paris city limits. Gypsum was mined on Montmartre from the Gallo-Roman period until 1860.

In 1814, Russian soldiers occupied Montmartre and used the hill for artillery. In 1870, under the Third Republic, Montmartre was included in Paris’ 18th arrondissement (neighborhood).

The construction of the Basilica du Sacré-Coeur (1876-1919) required special foundations that went 40 meters down which forced the end of the mining. Around this time is when Montmartre took on its more artistic and bohemian flavor (la Belle Époque 1872-1914). The Butte was now covered with cafés, bistros, cabarets, and guinguette (cross between a beer garden, but for wine, a restaurant and dance venue).

Learn more about the Montmartre Tourist Scavenger Hunt on our description page.