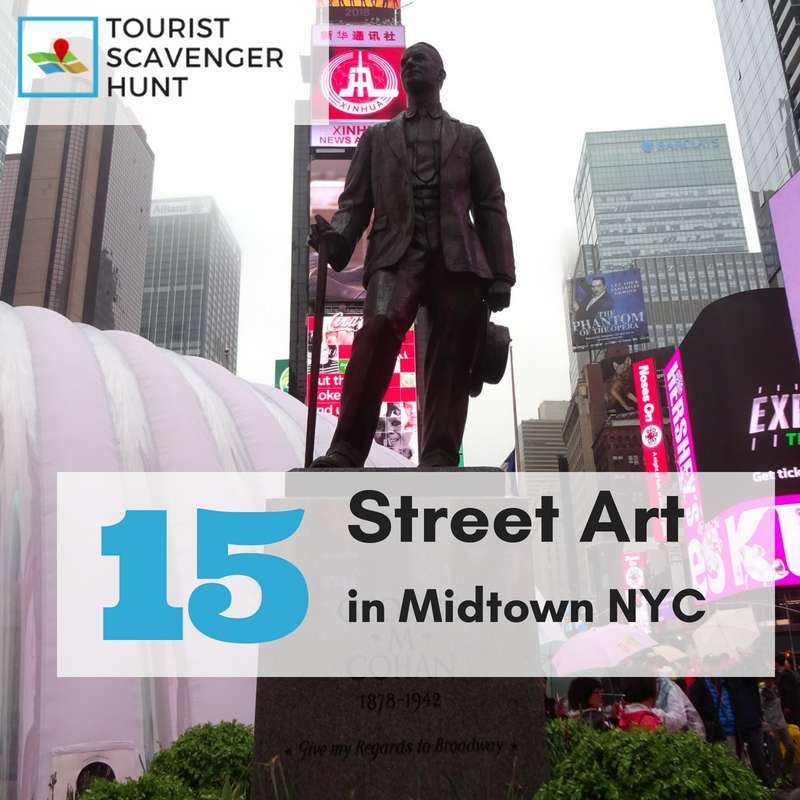 Do you love art? When you travel do you make it a point to see public monuments, sculptures, and statues? There is much street art in Midtown Manhattan to be seen.

However, we also wanted to share some of that information with you for your visit planning. Here are 13 pieces of street art in Midtown Manhattan, 7 of which are located within Bryant Park.

Note that Rockefeller Plaza itself, and its surrounding buildings, are covered with art sculptures, mosaics, and frescos.

We invite you to try our Tourist Scavenger Hunt in New York Midtown. This 2.5-hour guided walking tour takes you throughout Midtown Manhattan from Grand Central Terminal to Times Square, Rockefeller Center, and everything in between. You do it on your mobile phone (how it works).  It only costs $30 for your group (1 to 6 people). Moreover, you will enjoy this street art and much more while completing challenges and learning about Midtown’s history.