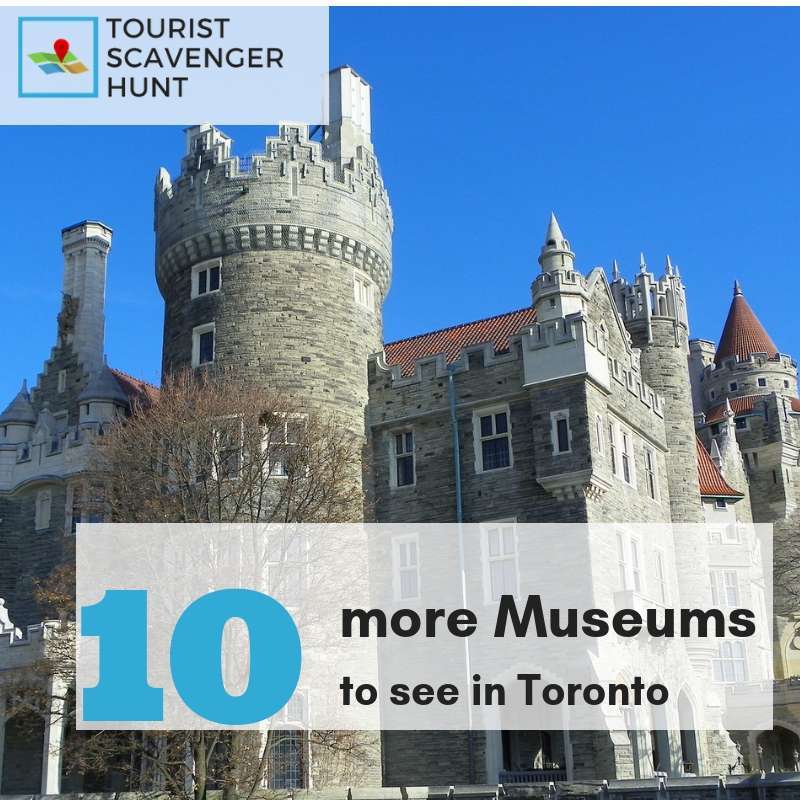 Are you planning a trip to Toronto? Indeed, it’s a beautiful city to visit in any season, for its architecture and its many parks. So, while developing our Toronto Civic Center Tourist Scavenger Hunt and our Old Toronto Tourist Scavenger Hunt, we identified many Toronto museums. Many which were either just, or well outside the areas of our scavenger hunts.

We previously covered 7 museums where our scavenger hunts are located. Here are 10 more museums that are worth your time.

10 other Toronto museums to discover

Try our scavenger hunts to discover these museums

We invite you to try our Toronto Civic Center Tourist Scavenger Hunt or Old Toronto Tourist Scavenger Hunt. They are 2-3 hours each, self-guided walking tours that you do with your smartphone (how it works). You’ll come across museums we presented earlier and much more. Moreover, you’ll enjoy solving the various challenges at each step of the way while learning the history of Toronto.

In sum, they each cost $45 for a group of up to 6 people. Also, there is an Explorer version of the Old Toronto scavenger hunt available for $60. Indeed, it’s longer and has more challenges.