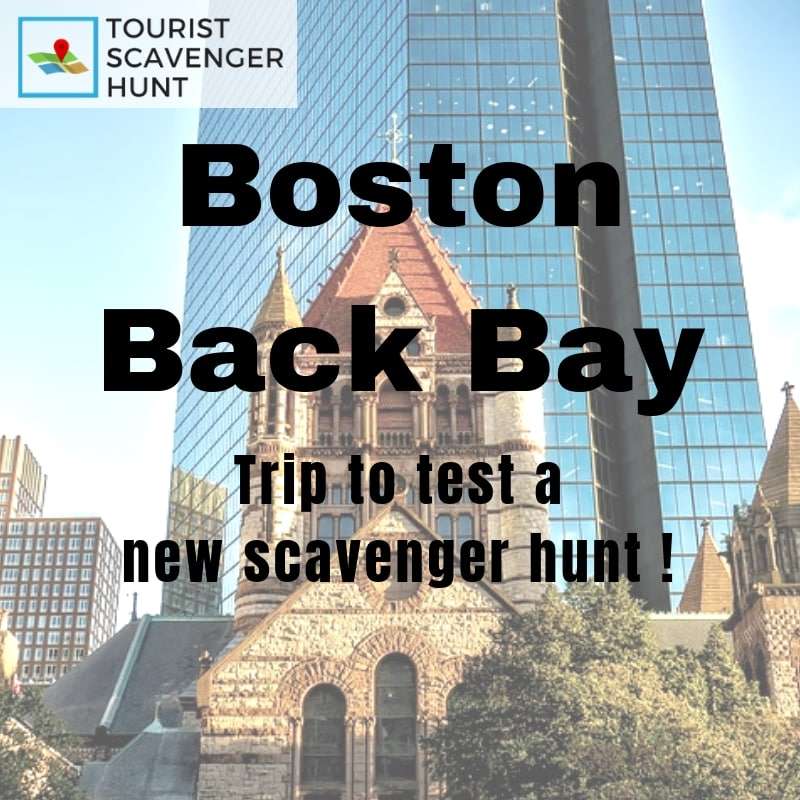 This upcoming Thanksgiving Day Weekend (in Canada) and Columbus Day (in America), we’ll be traveling to Boston Back Bay neighborhood to test a 3rd scavenger hunt for this beautiful city.

Boston is the second city where we’ll have tested 3 or more scavenger hunts. Montreal already has 4 active Tourist Scavenger Hunts in different neighborhoods.

3 have been tested in Lisbon, Portugal and will be coming online during the fall and we perfect them. Other cities have 3 or more planned scavenger hunts, but we’ve yet to test them all.

In the fall of 2018, we tested our 2 first scavenger hunts in Boston. The 1st is around the civic center including Boston Commons, the Massachusetts State House, the Opera House, City Hall, and Faneuil Hall, among many other historic and beautiful locations.

The 2nd is in Boston’s North End and includes City Hall and Faneuil Hall as well. Further, it takes you from the New England Aquarium to Paul Revere’s house and the Old North Church. We included the TD Garden and Quincy Market as well.

We’ve planned many different types of challenges which is namely why test our scavenger hunts in person. That, and validate directions and take our own photographs.

The Back Bay neighborhood is rather young compared to the civic center and the north end as it was actually a bay in the Charles River until it was filled in by 1882. So, everything here is 100 years old or thereabouts.

We hope you’ll enjoy discovering this part of the city, along with new challenges and learning more about Boston’s history.