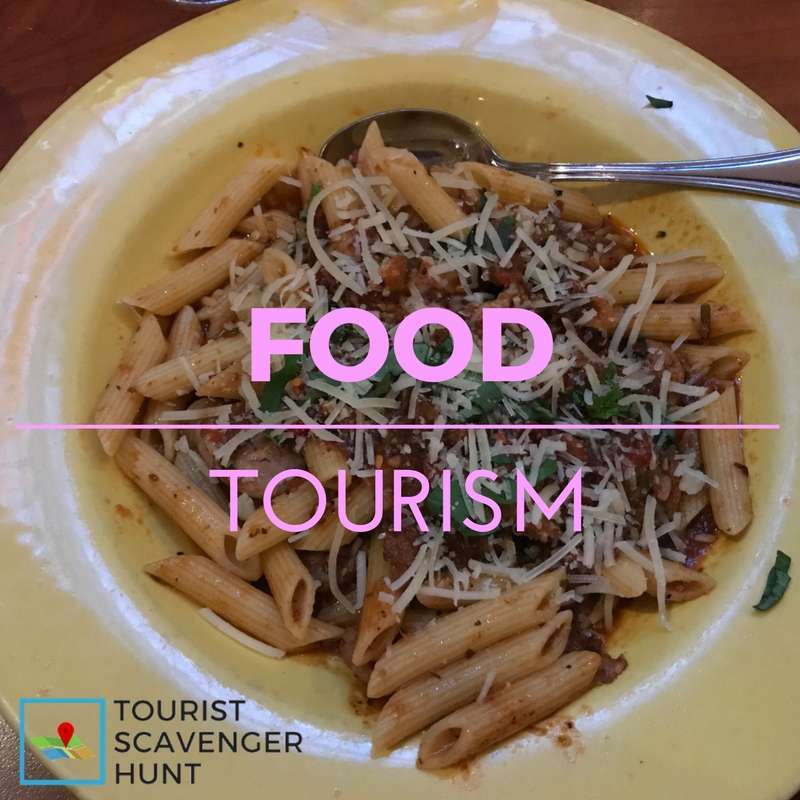 Have you engaged in food tourism? Do you make it a point to try some of the best local restaurants when you travel? Or do you seek out familiar tried and true restaurants?

One of the greatest discoveries we make when we travel is the food we discover and appreciate abroad. For us, food isn’t the principal reason for a travel destination. However, it quickly becomes an important factor in our overall appreciation of our trip.

Recently I saved this infographic from Social Media Today, but it was produced by Venngage.

Saying food is important is like saying the air is important, so, ok, it doesn’t really say much. However, food is an important part of our travel experience for 88% of us. One-third of your travel budget will go to food, which is likely the largest share!

More and more we seek to try new experiences! Have you ever photographed your plate at a restaurant? When we travel (I don’t mean you readers in general, I mean myself and my family), we regularly take pictures of our plates at a diner to remember what we’ve eaten.

My 20-year-old son impressed us last year when we noticed he was taking notes on his phone when at a particularly good restaurant in New Orleans. He said he was adding this restaurant to his list of places to return to eventually! He’d been keeping that list for 2 years already, although it wasn’t very long, food represented a profound experience for him. His list easily doubled if not tripled on that particular trip to Louisiana and Texas.

In Austin Texas, we made a point to eat at Franklin BBQ which appeared on the TV show Anthony Bourdain: No Reservations and played a prominent role in Jon Favreau’s 2014 film Chef.  And thank god we did! Was that ever good! We took a cooking class in New Orleans at the New Orleans School of Cooking.

We make it a point to identify the great local restaurants along our Tourist Scavenger Hunts routes. We identify over 6 of Montreal’s best restaurants along our Old Montreal walking tour. We do the same in Philadelphia’s Museum District, in San Francisco’s Fisherman’s Wharf / Russian Hill neighborhoods, and in Hollywood.  We are also including them on our new Amsterdam, Paris – Montmartre, Maastricht, Utrecht and Rotterdam scavenger hunts.