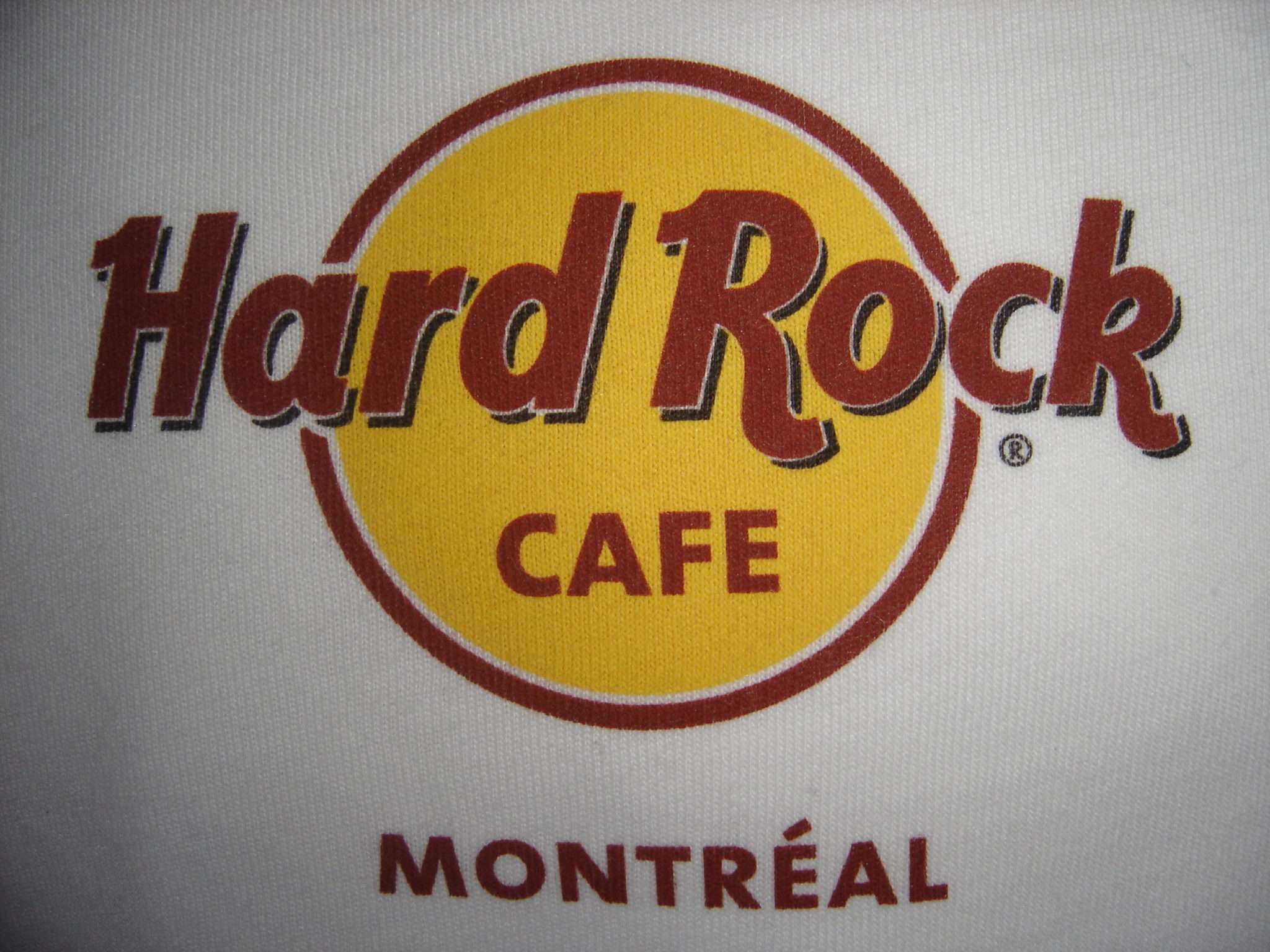 The Hard Rock Cafe Montreal closed down in 2009, but its memory lives on…

If you are a world traveler, chances are you’ve noticed, or have visited a Hard Rock Cafe or more.

In our case, it is much MORE. In fact, we’ve visited together almost 100 Hard Rock Cafe locations around the world – across North America, Europe, and Asia.

We live in Montreal, in Quebec, Canada, the French-language hold out of North America. Our local Hard Rock Cafe closed on September 25th, 2009. We’ve since met and reconnected with the manager at the time. He still works for the chain. He is currently in south-east Asia.

The HRC Montreal was established in a century-old building on Crescent Street in the heart of downtown Montreal. Crescent is lined with great restaurants and terraces and a popular destination during the Montreal Formula One Grand Prix weekend.

It opened here on September 20th, 1990 and showcased a huge and very high skylight, typical of older Hard Rock Cafes around the world from this time period.

Every HRC boasts a wide variety of musical paraphernalia and often concentrates a little more on one or two artists. These are usually local artists or some who’ve had a more significant impact here.

Montreal’s HRC was dedicated to the Beatles with bright glasswork of Sgt.Pepper’s Lonely Hearts Club Band and facial sculptures of the fab four in the outer entrance. It also paid special attention to KISS and Guns & Roses.

Why the Beatles in Montreal? Because this is where John Lennon and Yoko Ono held their second Bed-In at the Fairmont Queen Elizabeth hotel (few blocks away) in 1969. This is where and when they wrote: “Give Peace a Chance”. There are wax figures of Lenon’s Montreal Bed-in at Musée Grévin Montréal.

I’ve been countless times to this location over the years prior to its closing, both on business lunches and with friends and family.

Why did the Hard Rock Cafe Montreal close?

So why did the Hard Rock Cafe in Montreal close in 2009?

Originally rumors went around attributing it to the Formula 1 Grand Prix of Montreal not returning for a few years. This actually cost local merchants quite a bit – that weekend accounts for 30-40% of some restaurants’ annual income.

However, the real reason it closed is due to required renovations which the landlord wasn’t willing to perform at the time. Moreover, the ever-increasing lease forced the franchise owner to make the difficult business decision to close.

Today, almost all Hard Rock Cafes in Canada have closed. Ottawa closed on September 1st, 2013 and Toronto closed on May 22nd, 2017. The last 2 holdouts are the Niagara Falls Cafe and Club, also in Ontario, as well as the Vancouver Casino in British Columbia.

Are you visiting Montreal? You should try our Old-Montreal Tourist Scavenger Hunt: a 5-km 2h30 walking tour with challenges and riddles – lots of fun!

2 years after the closure the location remained unoccupied and much of the original glasswork, as well as the plasters of John Lennon and Paul McCartney outside the front doors, were still clearly visible.  It stood empty for a few more years but has finally found a new tenant – although it isn’t clear whether those required renovations were ever done.

You can consult my original posts about the closing and visit 2 years later on my personal / business blog here: