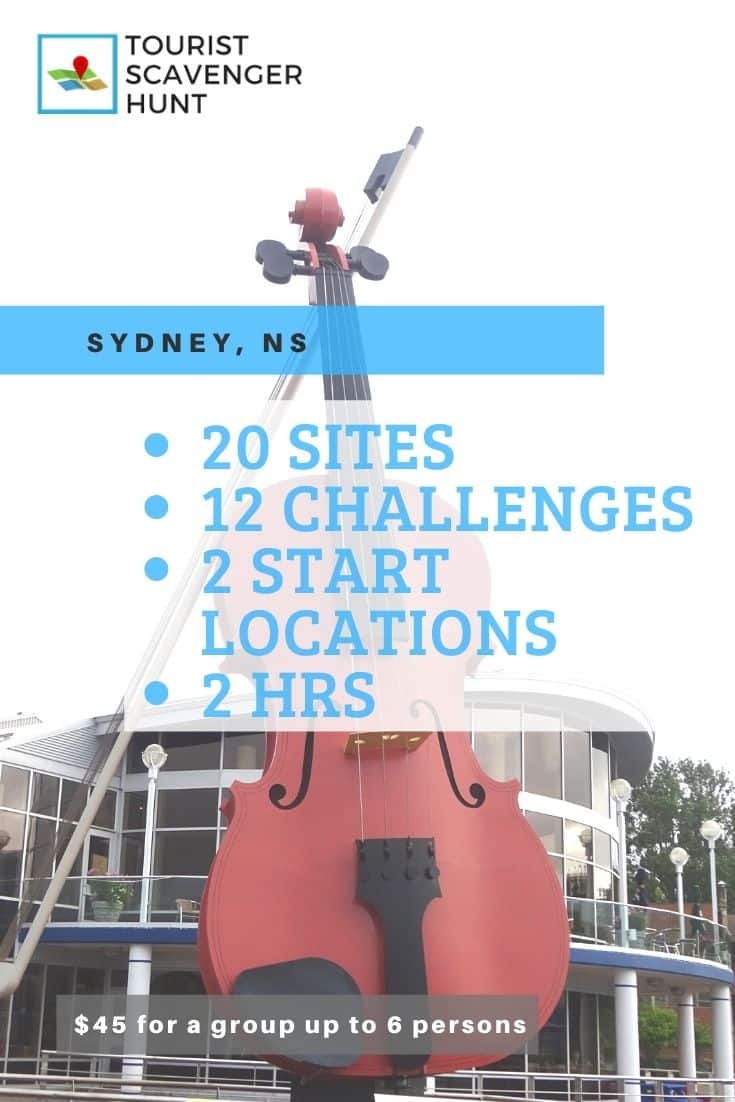 In creating our Sydney NS Tourist Scavenger Hunt, we dug into the city’s history so as to properly contextualize our tour. It is important for us. At most of the 20 stops along the tour, we explain the history of a site, monument, or person. This allows us to fully show you their significance.

Sydney is a port city on Cape Breton Island on the east coast of Canada. 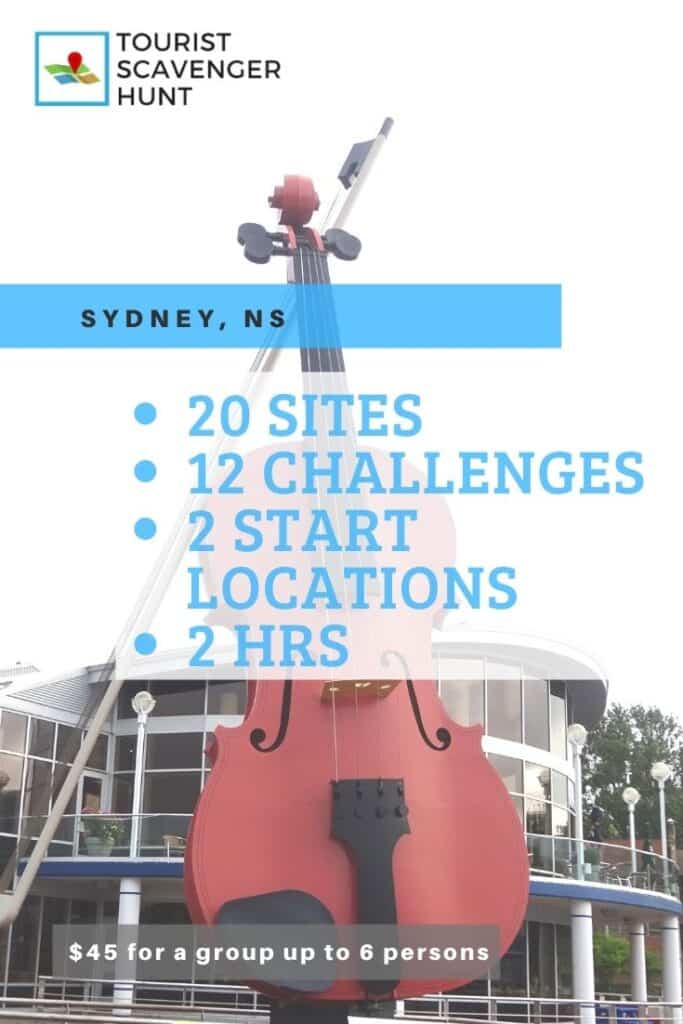 Ancient-first nations’ encampments can be traced as far back as 10,600 years ago. These natives who hunted caribou became the Mi’kmaq.

The Mi’kmaq have called Cape Breton Island Mi’kma’ki for thousands of years. The Mi’kma’ki region included Cape Breton, Nova Scotia in its entirety, part of the American state of Maine, Newfoundland, and the Gaspé Peninsula in Quebec.

The French were the first Europeans to settle here, calling it Acadia. The control of the region twirled between the French and the English during the 17th and the beginning of the 18th century. In 1713, France finally obtained the official control of the Royal Island (Cape Breton) by the Treaty of Utrecht.

In 1719 they built Fort Louisbourg, which the English captured but returned to France. But during the Seven Years’ War, the English conquered him definitively. They expelled its inhabitants and destroyed the fort. Then, in 1763, Ile Royale finally changed its name to Cape Breton.

Sydney, founded in 1785 by the British, incorporated as a city in 1904. Sydney was the capital of the Cape Breton colony in 1785 until it merged with that of Nova Scotia in 1820. At this time, the capital transferred to Halifax. Sydney takes its name in honor of Thomas Townshend, 1st Viscount Sydney who was the British cabinet secretary in 1785.

The original population consists of British and loyalist Americans who fled the state of New York after the revolution. Among these loyalists are David Mathews, the former mayor of New York under the British.

Between 1900 and 1945, Sydney lived mainly in the steel industry. She had significant participation in World War II. Several Canadian ships were based here. After the war, the main industry, steel, and coal had a difficult time. The companies withdrew, forcing the government to privatize the factories to maintain the level of employment in the region.

In 1995, the city dissolved to join the agglomeration of surrounding municipalities, forming the Cape Breton Regional Municipality.

In 2001, the coal and steel plants were closed permanently. Since then, we find mainly telephone call centers and tourism.

Find out more about our Sydney NS Tourist Scavenger Hunt on the info page.