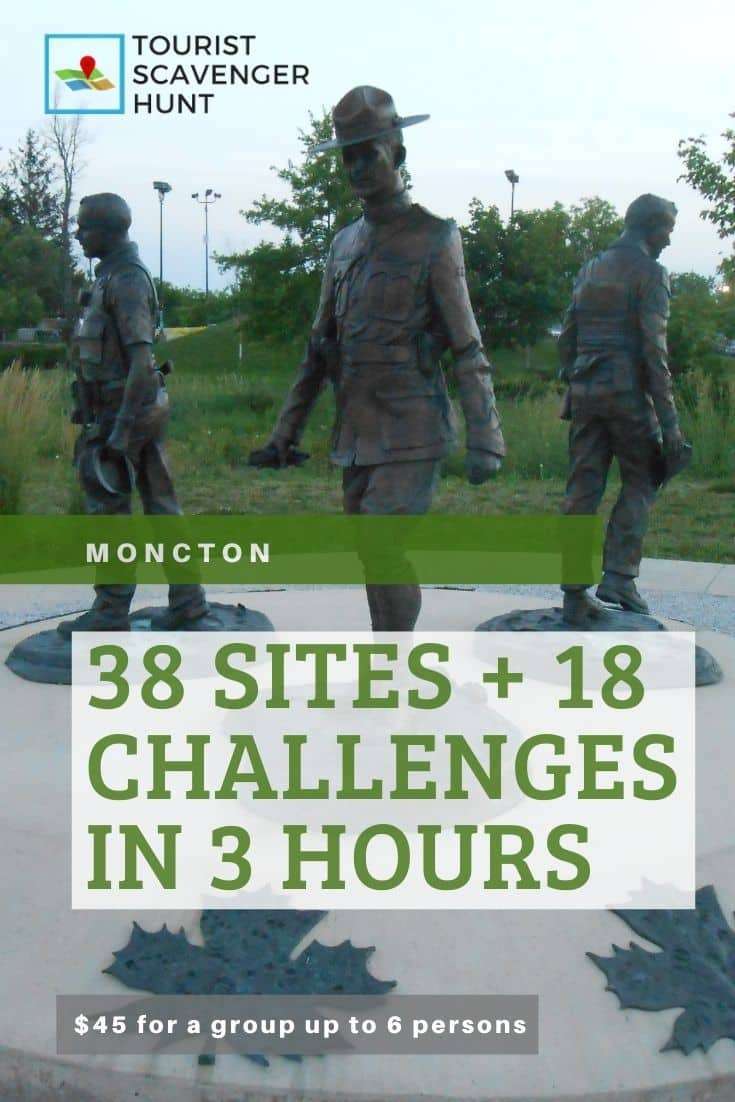 In creating our Moncton Tourist Scavenger Hunt, we dug into the city’s history so as to properly contextualize our tour. It is important for us. At most of the 38 stops along the tour, we explain the history of a site, monument, or person. This allows us to fully show you their significance. 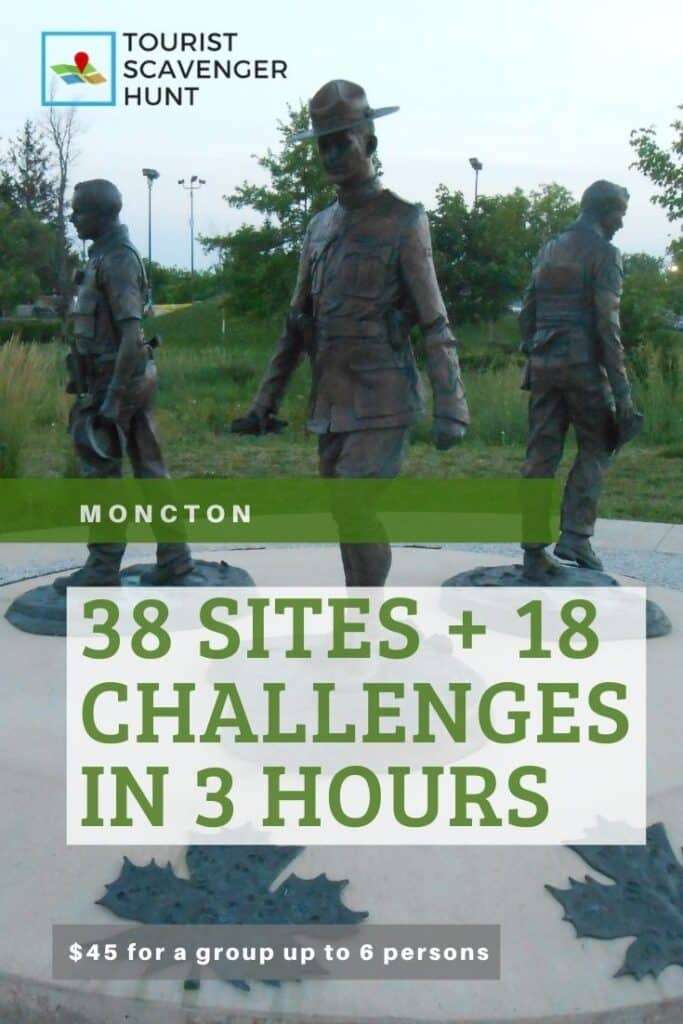 Moncton is in New Brunswick’s southeast along the Petitcodiac River. Being in the center of Canada’s Atlantic provinces, Moncton is often referred to as “the hub” because of its easy access to ports, railway, airport, and highways leading both into the interior of the continent and out across the Atlantic.

It is the most populous city in New Brunswick when you count its metropolitan market, which includes the cities of Dieppe and Riverview.

Its origin goes back to a small Acadian village, before their deportation in 1755 to Louisiana. The village remained empty until 1766 when 8 families arrived to cultivate the region. The city bears the name of Lieutenant-Colonel Monckton who led the capture of Fort Beauséjour in 1755.

It was incorporated as a village in 1855 but lost that status in 1862 when shipbuilding techniques changed for steam rather than sailing and moved elsewhere. It became a village again in 1875, and then a city in 1890.

Find out more about our Moncton Tourist Scavenger Hunt on the info page.