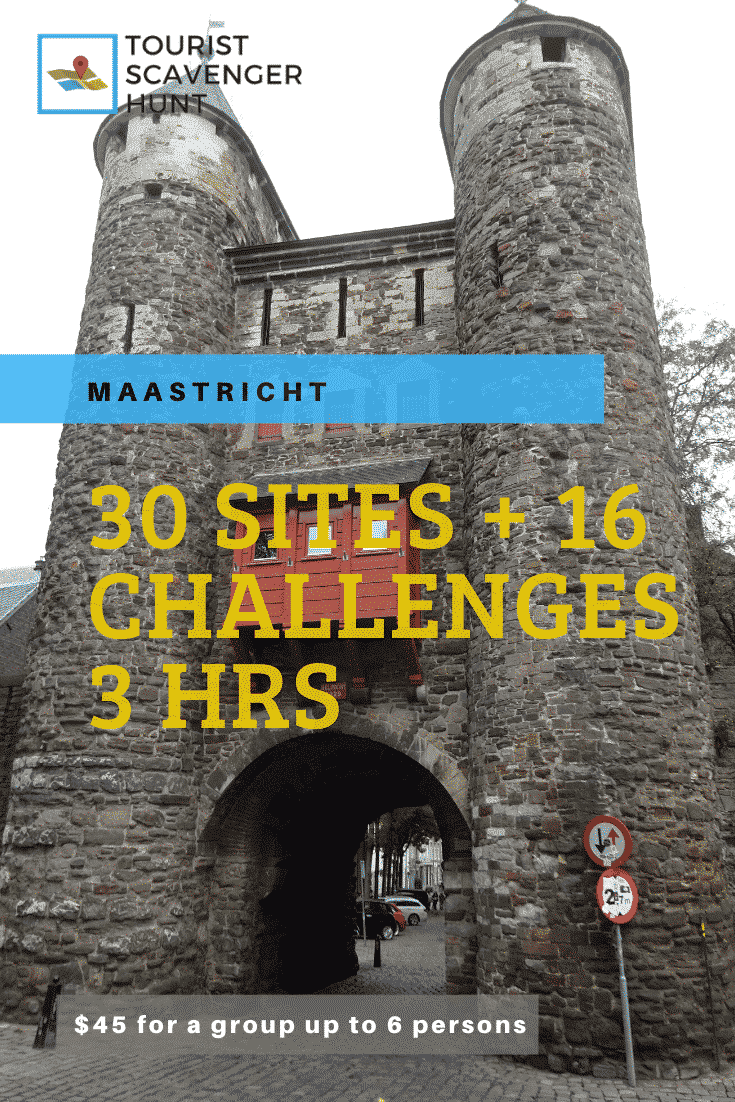 In creating our Maastricht Tourist Scavenger Hunt, we dug into the city’s history so as to properly contextualize our tour. It is important for us. At most of the 30 stops along the tour, we explain the history of a site, monument, or person. This allows us to fully show you their significance.

Maastricht is a predominantly a university city, here in the south of the Netherlands. The city is marked by its medieval-era architecture and vibrant cultural scene. It is also the capital of the province of Limburg. The city spans both sides of the Meuse river (Maas in Dutch) at the point where the Jeker River joins it. 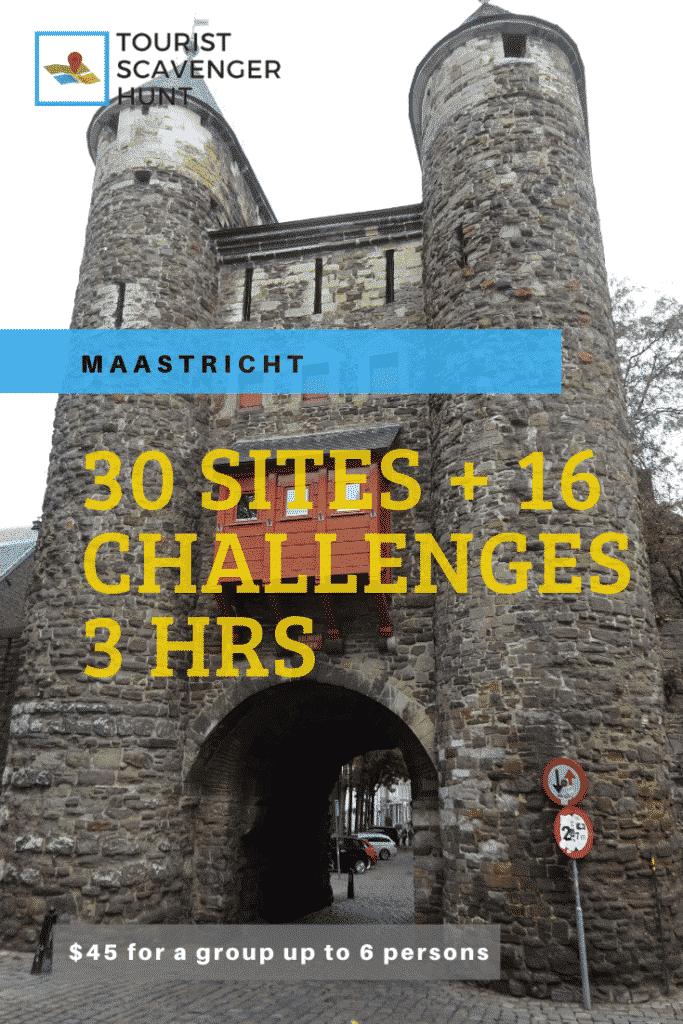 Neanderthal remains have been found to the west of the city, as well as 8,000 to 25,000-year-old Paleolithic remains. Later, Celts lived here around 500 BC along the Meuse river at its shallowest.

The Romans eventually arrived here and built a bridge over the Meuse in the 1st century AD. Archaeological digs have revealed remains of the Roman road, a Roman Bath and 4th-century houses. Artifacts from these digs are now on display at the Centre Céramique, which is along this Tourist Scavenger Hunt route.

The Armenian-born Saint Servatius, Bishop of Tongeren, died in Maastricht in 384. Servatius, a widely traveled Roman Catholic diplomat, became a legend over the centuries. Early biographies indicate he is a descendant of John the Baptist, thus a distant relative of Jesus. This led to the city becoming a major Medieval religious center by 1204, year of its incorporation.

In those early times, the city was part of the Carolingian Empire. It was in fact under dual authority: with the prince-bishops of Liège and the dukes of Brabant. After prosperous growth, well into the 15th century, the city suffered during the wars of religion of the 16th and 17th centuries. It didn’t recover fully until the industrial revolution of the early 19th century.

The Germans took Maastricht early on during WWII. It was the first Dutch city to be liberated by Allied forces in 1944. Following the war, the city evolved from its pottery based industries to a service economy. The Maastricht Treaty of 1992 lead to the creation of the European Union and the Euro.

Find out more about our Maastricht Tourist Scavenger Hunt on the info page.