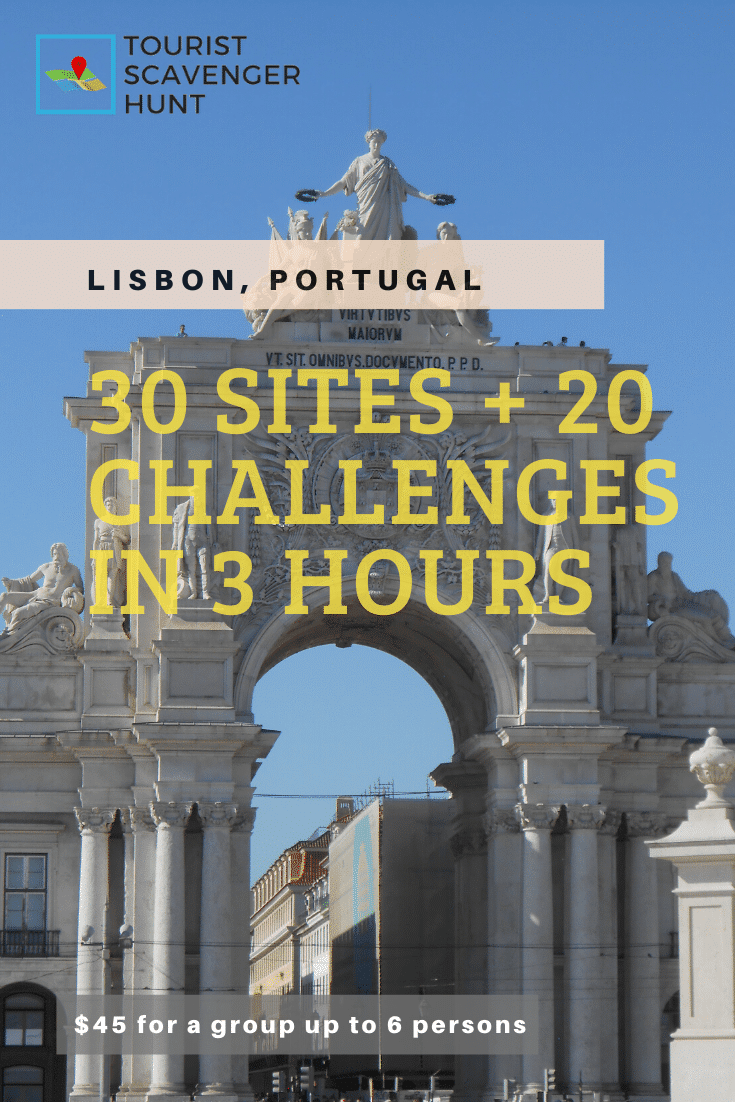 In creating our Lisbon Tourist Scavenger Hunt, we dug into the city’s history so as to properly contextualize our tour. It is important for us. At most of the 30 stops along the tour, we explain the history of a site, monument, or person. This allows us to fully show you their significance.

Lisbon is the capital of Portugal and is located on the Atlantic coast. It is a city with several hills. 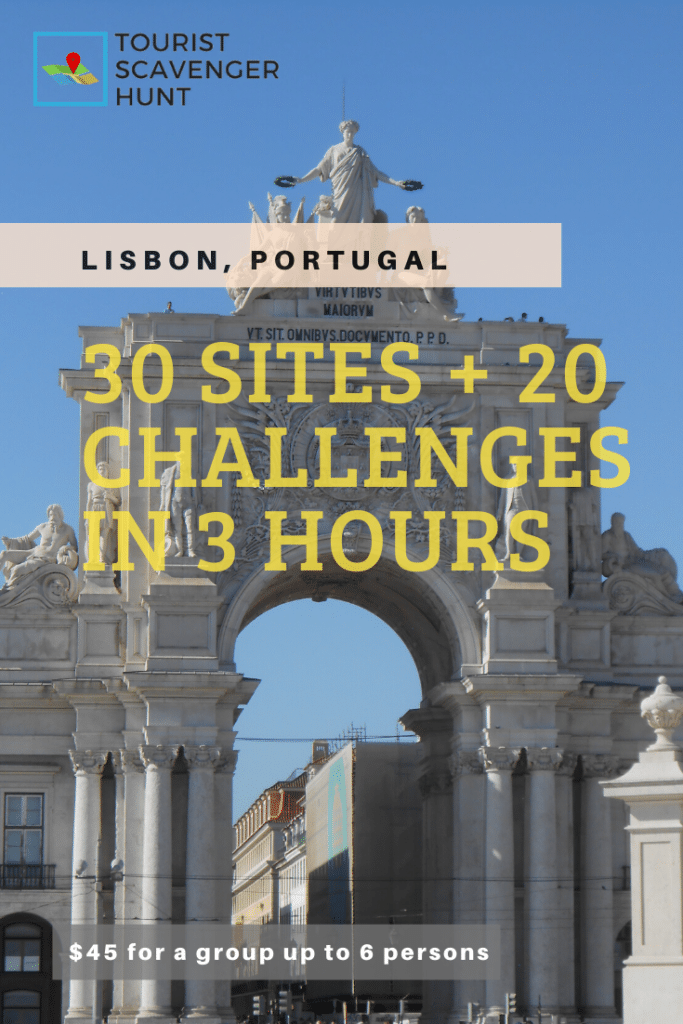 Lisbon traces its history to 1200 BC with the presence of a Phoenician trading post. Its name was Olissipo.

The Roman Empire took control of the Iberian Peninsula (Spain and Portugal), around 200 BC and kept it until 409 AD. There were already 30,000 inhabitants in 200 BC., Lisbon was a Christian city at the time.

Then, the gothic and barbarian empires and kingdoms conquered and ruled the area, one after the another until in 711 when Berber and Arab Muslims conquered the region.

Norway briefly controlled Lisbon in 1108 during their crusade to the holy lands. The Almoravids, another Berber Muslim dynasty, commonly known as the Moors (Moors) regained control from 1111 until 1147.

In 1147, Knights of the crusade led by Afonso I reconquered Lisbon and brought it back under Christian control. The population at that time is 154,000. Mosques were either destroyed or converted into churches. The Arabic that had been spoken here for 400 years disappeared quickly.

During the age of discovery, Lisbon launched several expeditions of naval exploration. Among its explorers is notably Vasco da Gama (1460-1469), 1st Tale of Vidigueira, first European to go to India by sea in 1498, bypassing by the southern tip Africa. The exchange agreement with India, as well as the numerous trading posts established in Asia (Indian Ocean) and Brazil, made Portugal very rich, very quickly.

But, little by little, the French, British, and Dutch chipped away at Portugal’s trade dominance. During a succession crisis, Portugal lost its independence and fell under the Habsburg-Spanish rule in 1580 for 60 years. Their ensuing war for restoration lasted between 1640 and 1668.

Napoleon Bonaparte, in turn, invaded Portugal at the beginning of the 19th century, forcing Queen Maria I and Prince Regent John VI (Joao VI) to flee to Brazil for a few years.

Portugal became a republic in 1908, but fell under the dictatorial regime of Estado Novo, Salazarism, between 1926 and 1974. The Carnation Revolution let to the 3rd republic that endures to this day.

Find out more about our Lisbon Tourist Scavenger Hunt on the info page.