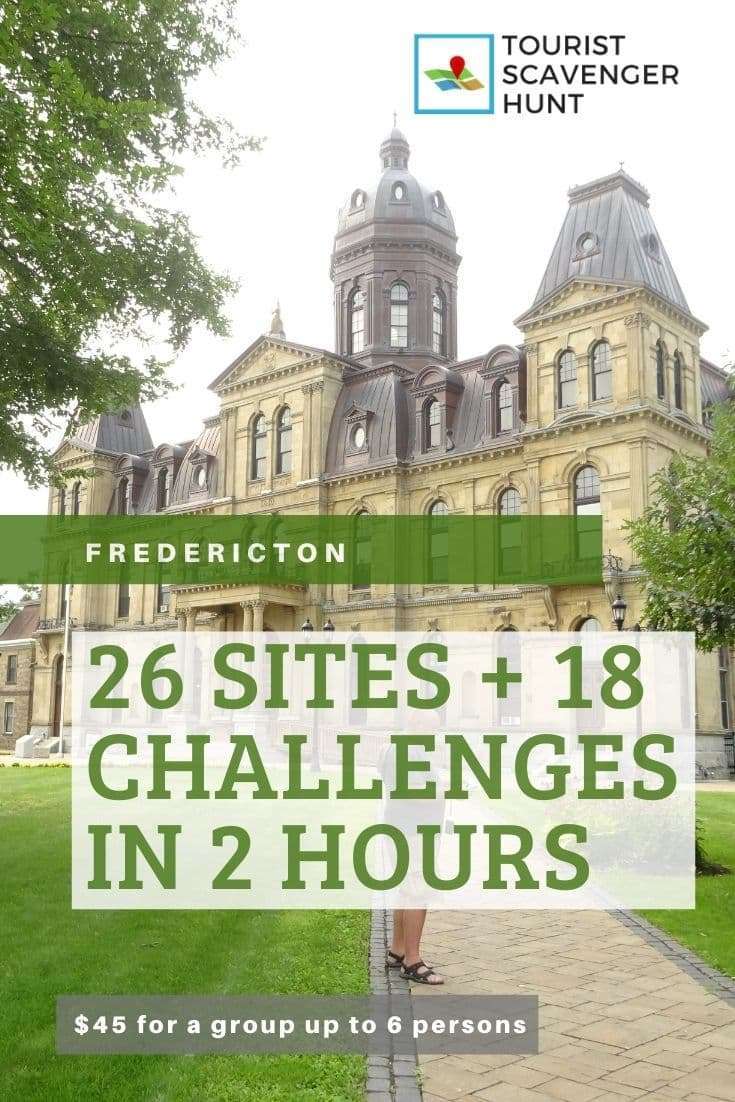 In creating our Fredericton Tourist Scavenger Hunt, we dug into the city’s history so as to properly contextualize our tour. It is important for us. At most of the 38 stops along the tour, we explain the history of a site, monument, or person. This allows us to fully show you their significance. 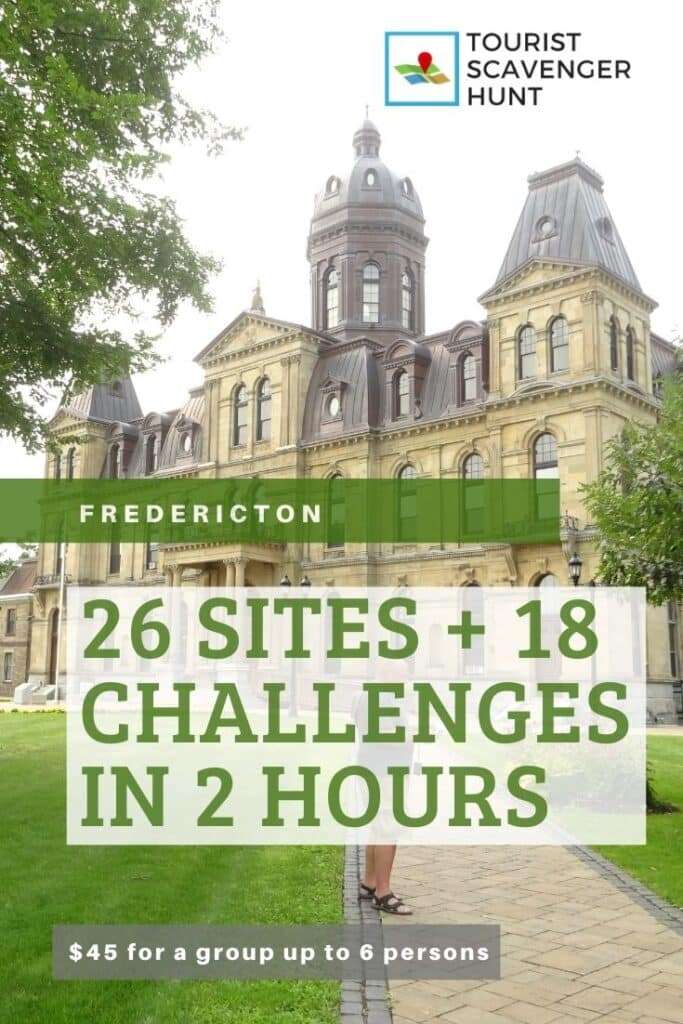 Fredericton is the capital of the province of New Brunswick on the Saint John River. It has a population of 105,000.

Archaeological settlements have been excavated in the area dating back 12,000 years. First Nations Maliseet operated farms here along the Saint John River until the 19th century. Their village Aucpaque was a few miles north of where Fredericton is right now.

The first colonizers were the French at the end of the 17th century. Joseph Robineau de Billebon was the first governor of Acadia (here) in 1690 and established Fort Nashwaak on the north side of the river. An important flood forced the abandonment of the fort was in 1700.

In 1732, other Acadians arrived to establish a village (Pointe Sainte-Anne) south of the river, fleeing the English who had taken Nova Scotia in 1710. By cons, in 1762 the British captured and burned the village, then expelled the Acadians during the seven-year war (1756-1763). In fact, in 1783, loyalist Americans relocated here after the American Revolution (1765-1783).

In 1784, St. Anne’s Point became the capital of New Brunswick, a British province newly separated from Nova Scotia. It has become the capital instead of Saint John because it is further from the US border, making it safer.

His name was changed to Frederick’s Town, then Fredericton in 1785, in honor of the 2nd son of King George III, Prince Frederick Augustus, Duke of York.

The city amalgamated the village of Devon in 1945, then other villages in 1973.

Find out more about our Fredericton Tourist Scavenger Hunt on the info page.