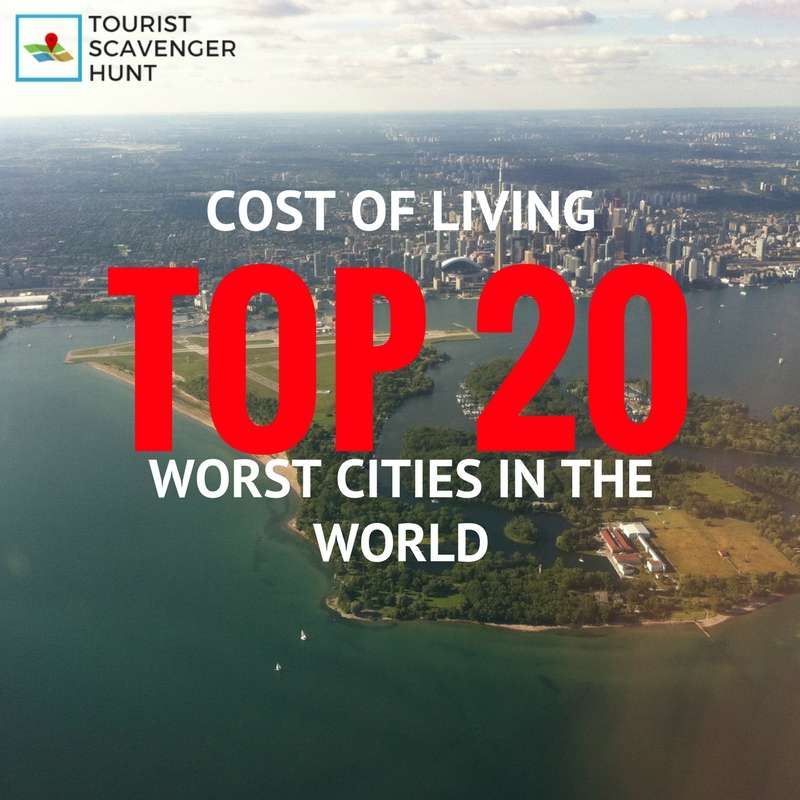 Where the cost of living is at its worst in the world is also where your travel costs will be at their highest.

Last September, DailyInfographic.com published this infographic ranking the Top 20 cities where the cost of living is the highest in the world. Below you will also what will cost the most in various cities and further below is the average price for various items from a bottle of beer to a pair of jeans, internet access and rent, compared among the various cities.

Among these, one is among those where we have Tourist Scavenger Hunts. Doing our scavenger hunt won’t put a huge dent in your travel budget so it might actually be a great thing to do if you are strapped for cash in some of this city.

San Francisco ranks the 2nd city in the world where the cost of living is the highest.

Of course, the bulk of a resident’s budget will go into rent. But as a tourist, you will be spending on other things.

Restaurants rank highest where travel is concerned in this city. It is, however, the lowest priced among the top city highest cost of living cities. Other activities such as going out, public transit and recreation are all rather moderately priced. Although it has the highest cost of living, cost of being a tourist won’t be so high.

As you can imagine, we are working hard to develop new tourist scavenger hunts for you to do across the world. New York City is another destination on this list that we are working on at the moment.

Which city would you like to see us add a Tourist Scavenger Hunt in? Let us know.