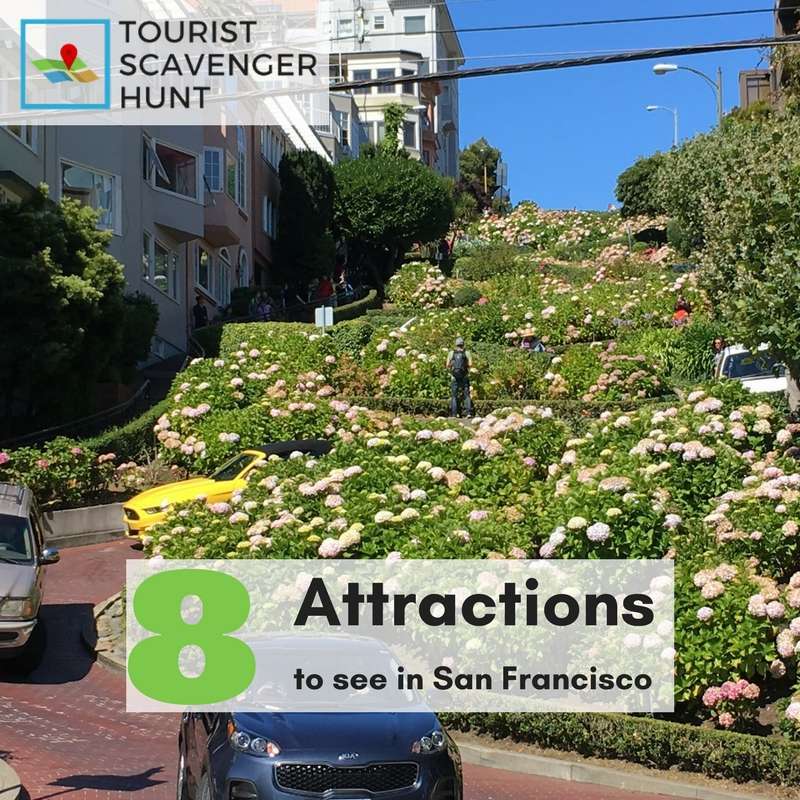 8 attractions to see in San Francisco

If you’re looking for accommodations in San Francisco, we recommend AllTheRooms.com where you can explore things to do, affordable accommodation, available and SF weather!

We invite you to try our San Francisco Tourist Scavenger Hunt. This 2-hour guided walking tour takes you through Fisherman’s Wharf, Russian Hill and North Beach. You do it on your mobile phone (how it works). It can take up to 3 hours to walk depending on where you stop along the way. In short, it usually only costs $30 for your group. On the other hand, it is currently FREE until we obtain 10 positive reviews on Google and Facebook. Moreover, you will enjoy seeing these museums and much more while completing challenges and learning about San Francisco’s history.