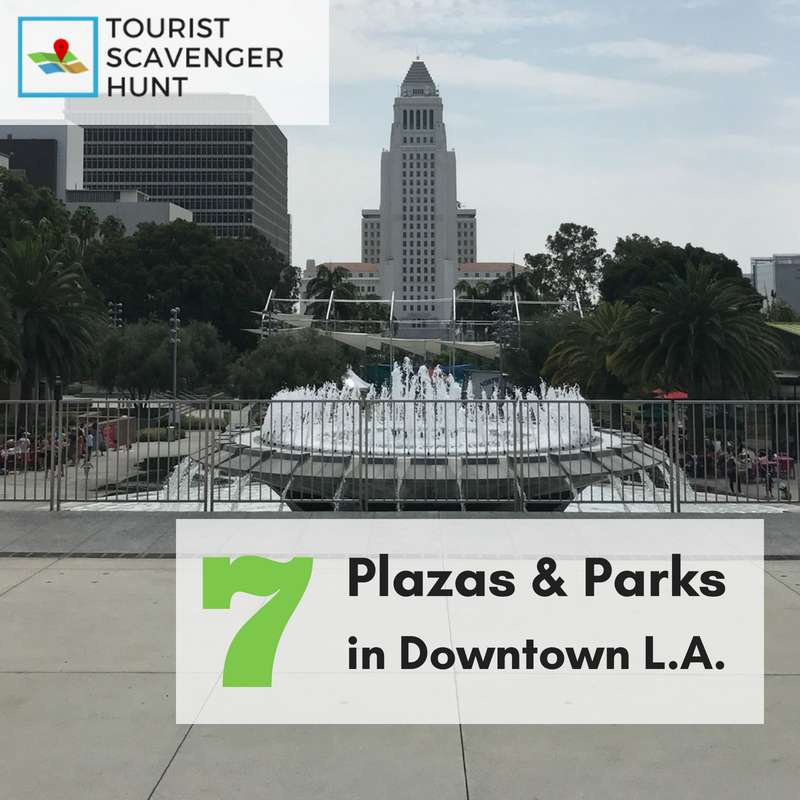 Are you planning a visit to Los Angeles? Considering visiting its downtown / civic center area? Do you like seeing the parks a city has to offer? In our research to develop a Tourist Scavenger Hunt in Downtown L.A., we came across a lot of information. Some we use exclusively in the actual scavenger hunt, but other we’d like to share with you.

As part of that research, we came across many beautiful parks and plazas where you can relax and take in some greenery while also viewing the city’s architecture. You can see many of these plazas and parks as you do the scavenger hunt. To enumerate, here are 7 plazas & parks in Downtown L.A.

We invite you to try our Downtown L.A. Tourist Scavenger Hunt. It is a 2-hour guided walking tour throughout the downtown core of Los Angeles you do on your mobile phone (how it works).  It only costs $30 for your entire group. Moreover, you will enjoy seeing the sights and hidden gems you might have missed otherwise. All this while completing challenges and learning about Downtown L.A.’s history.