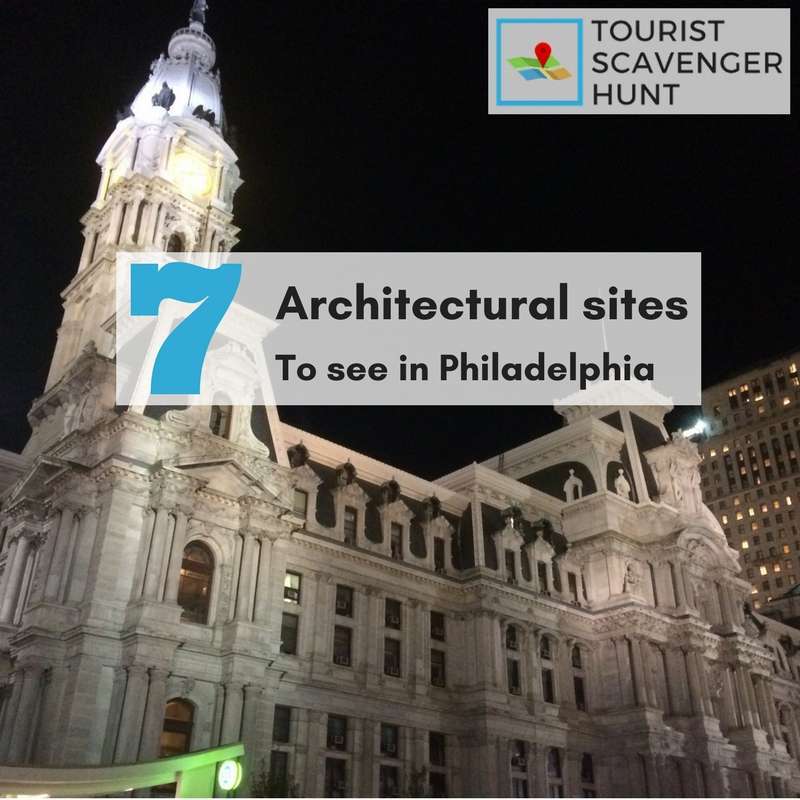 Do you enjoy architecture? When you travel, do make it a point to see a city’s unique architectural highlights? There are a great many architectural sites to see in Philadelphia. Many historical gems restored to their former glory can be seen throughout the city.

However, we also wanted to share some of that information with you for your visit planning. Here are 7 architectural sites to see in Philadelphia.

7 architectural sites to see in Philadelphia

We invite you to try our Philadelphia – Museum District Tourist Scavenger Hunt. It is a 4-hour guided walking tour around Philadelphia’s museum district you do on your mobile phone (how it works).  It only costs $30 for your group. You will enjoy seeing these parks, plazas and much more while completing challenges and learning Philadelphia’s history.