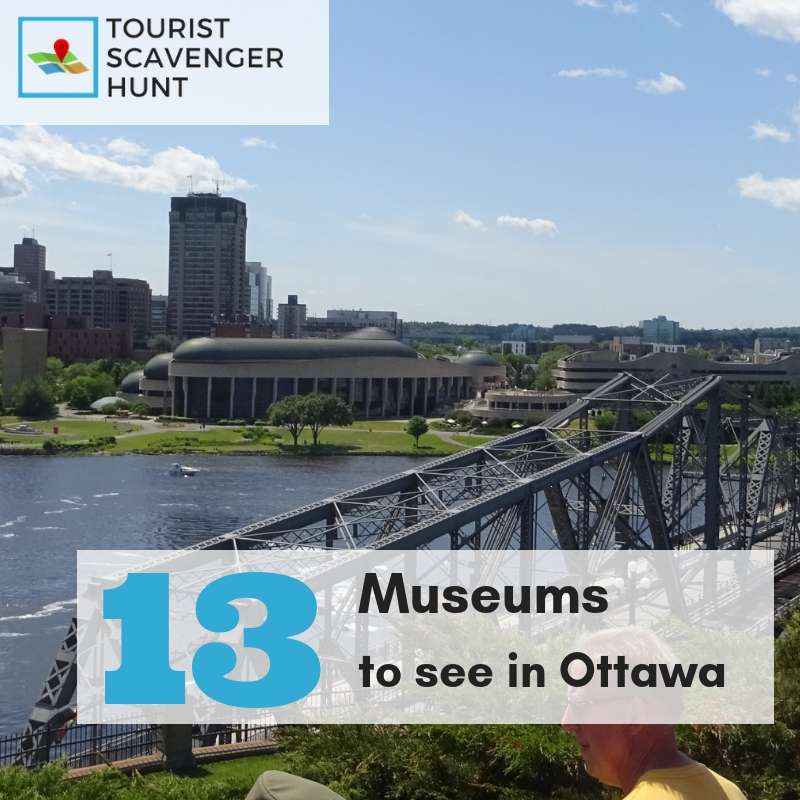 Are you planning a trip to Ottawa? It’s a beautiful city to visit in any season, for its architecture and its parks. While developing our Ottawa Tourist Scavenger Hunt, we identified several museums in Ottawa on a variety of subjects.

We’ve limited our list to the downtown core and close proximity, while there are many others further around the city. They include 11 museums in Ottawa and 2 in Gatineau.

11 museums in Ottawa to discover

2 museums to discover in Gatineau

We invite you to try our Ottawa Tourist Scavenger Hunt. It is a 2-hour self-guided walking tour of the downtown area that you do with your smartphone (how it works). It costs $35 for a group of 2 to 6 persons. You’ll come across most of these museums and much more. Moreover, you’ll enjoy solving the various challenges at each step of the way while learning the history of Ottawa.