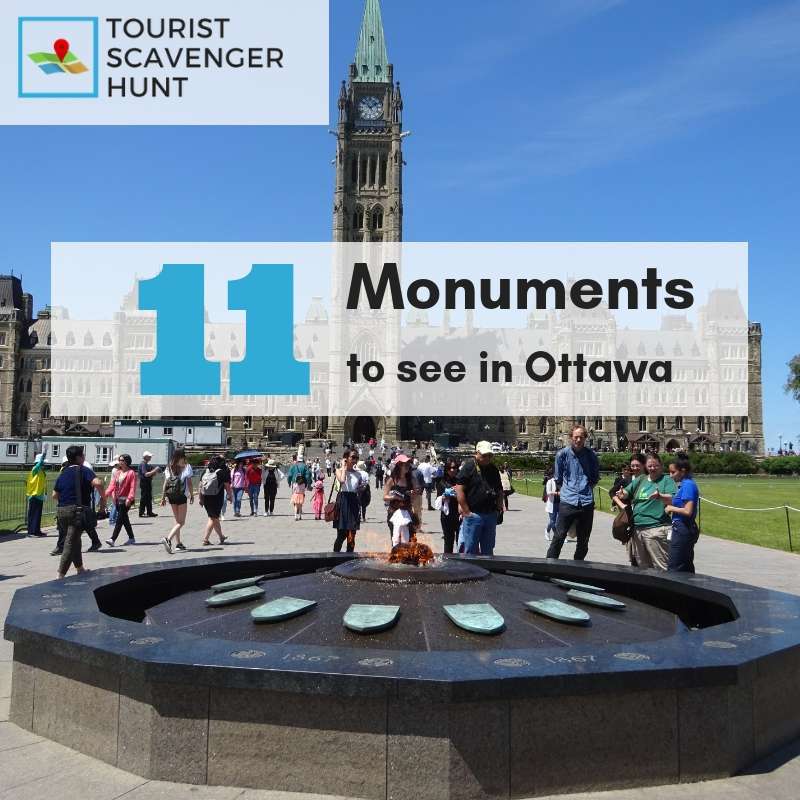 Are you planning a trip to Ottawa? Indeed, it’s a beautiful city to visit in any season, for its architecture and its parks. As this is Canada’s national capital, there are many monuments to various persons and events important to this country’s history.

Therefore, while developing our Ottawa Tourist Scavenger Hunt, we identified several monuments in Ottawa that are worth your time. More specifically, here are 11 monuments, each honoring an event or person in the nation’s history. Some monuments include many statues. However, a separate list of significant statues will appear soon.

11 Monuments to see in Ottawa

There are many other monuments and statues on Parliament Hill, and elsewhere throughout Ottawa. We invite you to try our Ottawa Tourist Scavenger Hunt. In fact, it is a 2-hour self-guided walking tour of the downtown area that you do with your smartphone (how it works).

In sum, it costs $45 for a group of 2 to 6 people. Indeed, you’ll come across most of these monuments and much more. Moreover, you’ll enjoy solving the various challenges at each step of the way while learning the history of Ottawa.