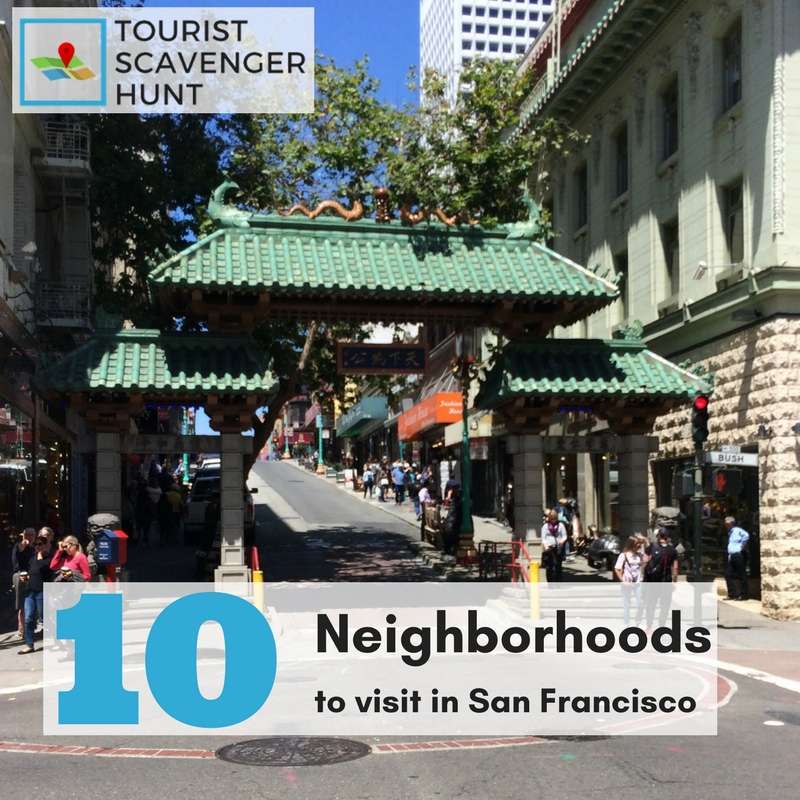 When you travel do like to take in the local flavour and actually walk through some the city’s key neighbourhoods? Indeed, there are many worthy of note San Francisco neighbourhoods to see, visit and enjoy.

Whether you are planning a visit San Francisco, or if you live here but haven’t yet strolled through these neighbourhoods, this list is for you.  In our research to develop a Tourist Scavenger Hunt in San Francisco, we’ve come across much information, some of which can only be gleaned when doing the actual scavenger hunt.

However, we also wanted to share some of that information with you for your visit planning. Here are 10 San Francisco neighbourhoods not to miss.

10 San Francisco neighbourhoods you should see

In summary, we invite you to try our San Francisco Tourist Scavenger Hunt. All in all, this 2-hour self-guided walking tour takes you through the heart of San Francisco. Also, you’ll complete challenges and discover your next destinations directly on your mobile phone (how it works).  In short, it costs $30 for your group but is currently free. Moreover, you will enjoy seeing San Francisco’s neighbourhoods while learning about San Francisco’s history.