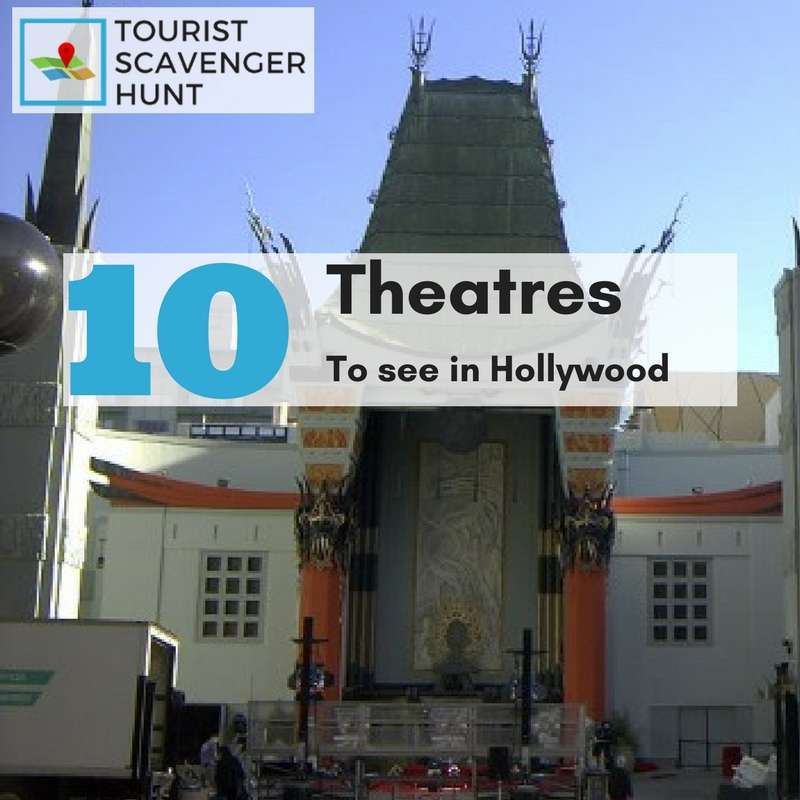 When you travel do like to take in a play, a concert or a film? Indeed, there are more than a few Hollywood theatres to see, visit and enjoy.

Whether you are planning a visit Hollywood, or if you live here but haven’t noticed these monuments to see in Hollywood, this list is for you.  In our research to develop a Tourist Scavenger Hunt in Hollywood, we’ve come across much information, some of which can only be gleaned when doing the actual scavenger hunt.

However, we also wanted to share some of that information with you for your visit planning. Here are 10 Hollywood theatres not to miss.

10 Hollywood Theatres you should see

Side-note about the Hollywood Bowl

At the time of this article’s writing, Linkin Park & Friends Celebrate Life in Honor of Chester Bennington who took his own life while we were visiting L.A. in July 2017. We were having lunch at Disney’s California Adventure when we learned the news from friends on Facebook. Linkin Park is one of our favorite bands and we had tickets to see them 2 weeks later in Montreal, Canada. Needless to say, this Disney day wasn’t so magical the rest of the afternoon…

We invite you to try our Hollywood Tourist Scavenger Hunt. It is a 2-hour guided walking tour throughout the heart of Hollywood you do on your mobile phone (how it works).  It only costs $30 for your group. Moreover, you will enjoy seeing these Hollywood theatres and much more while completing challenges and learning about Hollywood’s history.